Pick a peck of – or just two – peppers

I picked the first of what I hope to be an abundant crop of produce from my tiny garden. I’ve shared pictures of its progress here and here. All of the vegetable plants have shot up, filled out and are spilling over the DIY framed bed I made. The yield, so far, has been three sweet frying peppers and two jalapeno peppers. There’s a cucumber almost ready to be picked, green tomatoes waiting to ripen on the vine, tiny white eggplants and flowers that I hope will grow up to be yellow squash, green squash and purple eggplant. 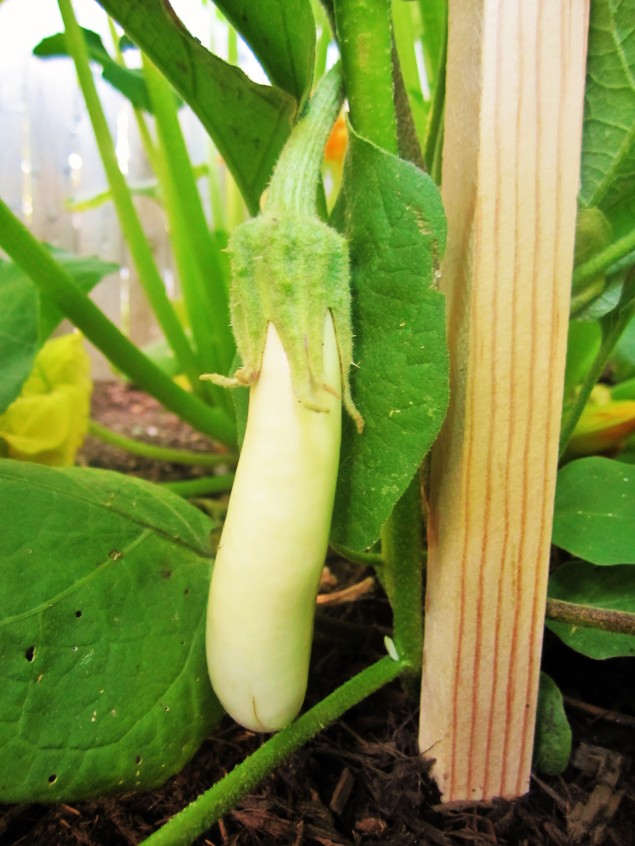 white eggplant propped up with a stake 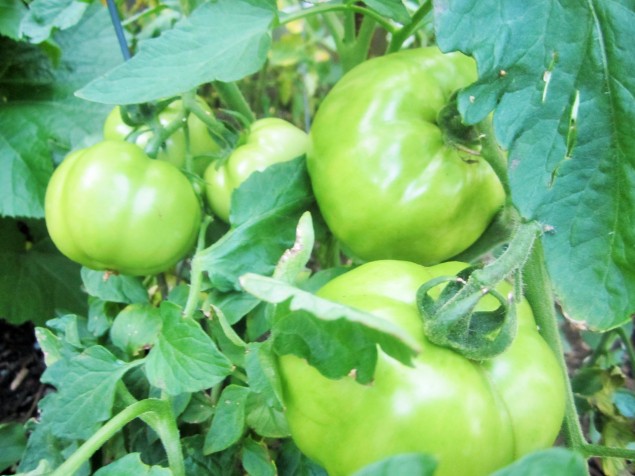 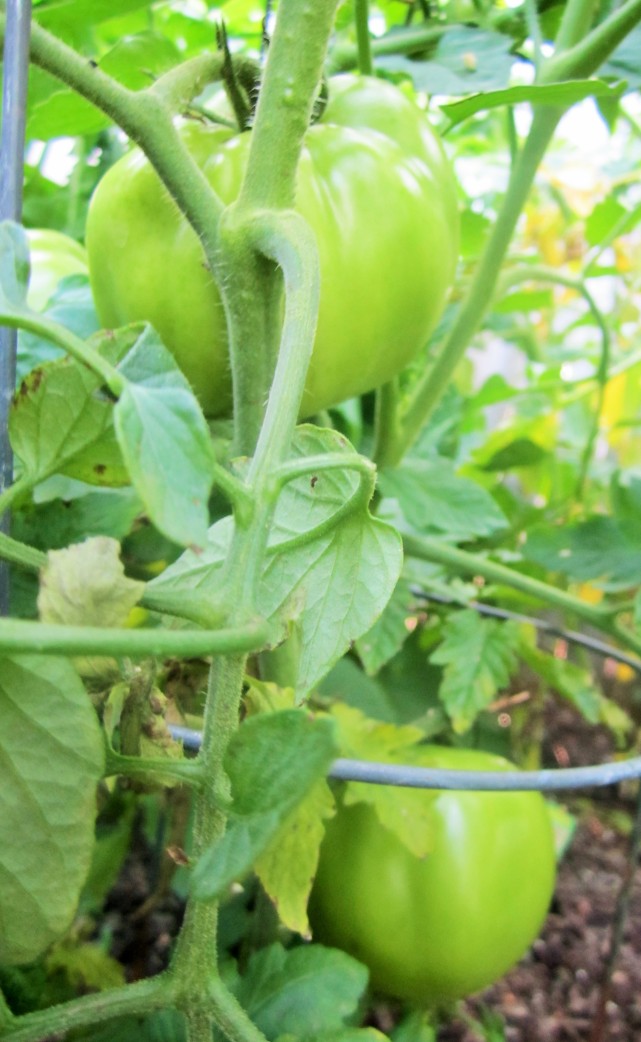 I’ve never grown squash before, have always heard from anyone who has that it’s easy. I’ll admit to being nervous and wondering why I don’t have any yet (I know, I know, I’m impatient). I’ve got the green variety as well as yellow, I’ve got flowers galore on all four gigantic leafed plants but can’t really see the start of any squash. After googling the subject I now know about male and female squash blossoms and pollination; when I get home I’ll be the one peeking under the blossoms to their base to see if there’s a bump (female) or not (male). 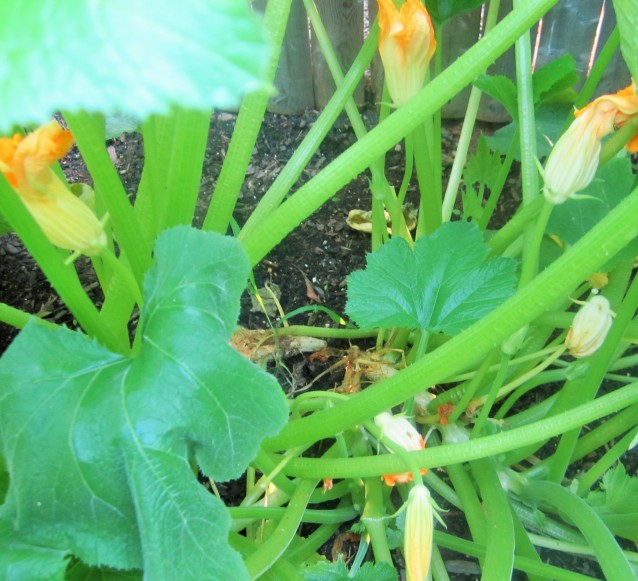 some of these have to be female, right? 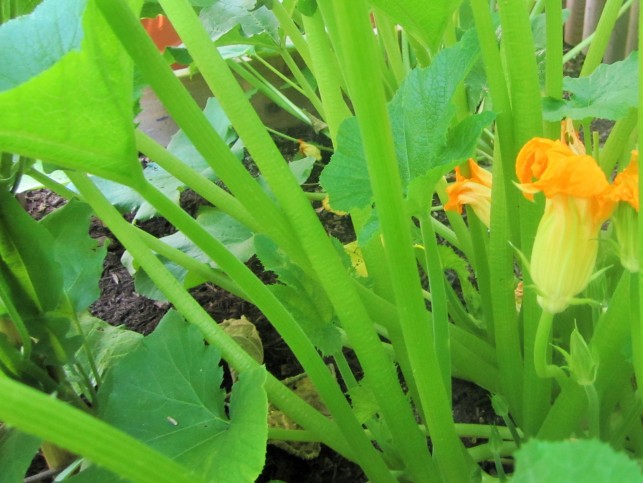 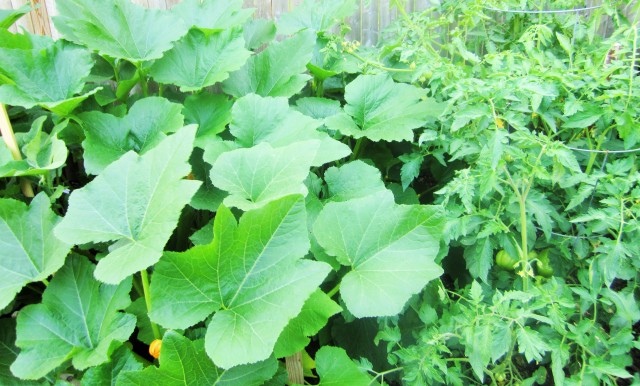 jungle of squash and tomatoes

Bees are necessary in the pollination equation and they’ve been buzzing around my backyard all summer. I’ve noticed them, have photographed them, landing on my coneflowers and roses and only hope they’ve found their way to my garden to do their thing with the squash. Of the four cucumber plants only one has a cucumber that is close to getting picked. But, the growing cuke is also on the oldest of the plants, the other three were planted a week or two later due to someone eating the originals. I took a picture but it’s not good enough to post, you’ll have to wait until I pick it. 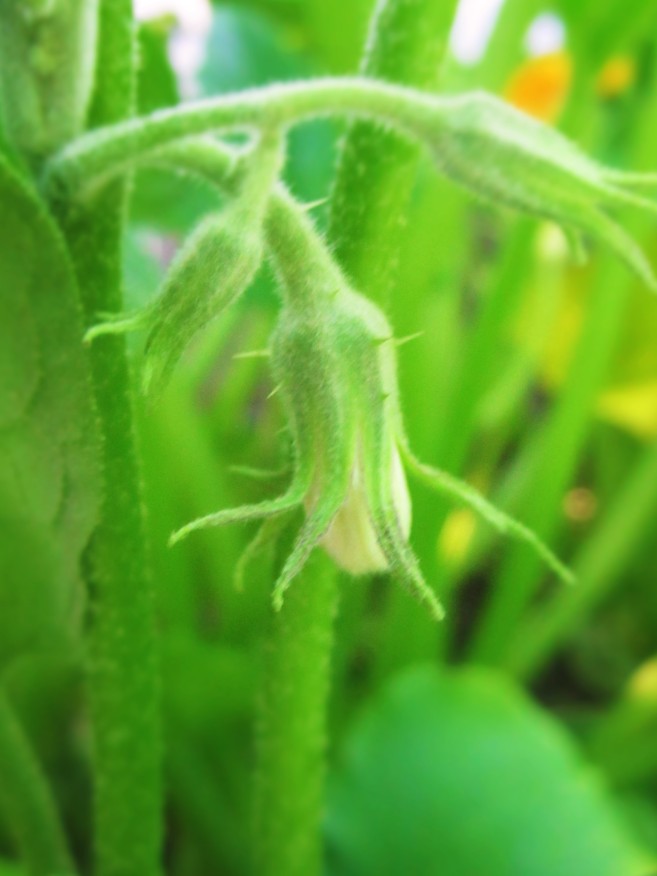 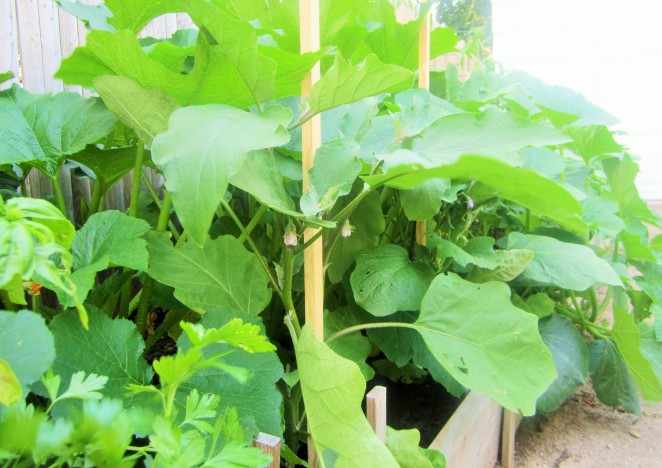 I get such a kick out of watching my garden grow. The first thing I do in the mornings after readying my French press for coffee is start the sprinkler that’s in position and ready to supply it with water. When I get home in the evenings, after dumping whatever I’m schlepping around with me in the kitchen, I head out the back door to inspect the day’s progress. I gingerly move leaves this way and that so as not to disturb too much. I pull the random weed, check for bugs, inspect growth. A simple thing that brings me joy.

Anyone else have any tips about growing squash besides patiently waiting?