The weekend was full of birthday parties. Bill’s god-daughter (his cousin’s daughter) turned three today and her brother was one on July 31. We were invited to their combined party on Saturday afternoon; in addition to the adults there was the one year old, the three-year old, four-year old twins, a five-year old and her younger sister (three-year old?). I don’t have children, my friend’s kids are college age and older and my only niece will be 16 in October so it’s not often that I watch babies, toddlers and young kids in their natural habitat…..after pizza, purple frosted birthday cake and green frosted cupcakes. It’s chaotic and exhausting! It’s fun and fresh and a great way to spend a Saturday afternoon. The kids played in a sandbox, took turns hitting a monkey shaped pinata until it finally broke open, spraying lollipops and candy around the yard and played with water – a lot of water; there was a wading pool, a big ball sprinkler, water pistols. They swan and splashed and ran after each other with their guns, soaking wet, screaming and sulking when they were hit, screaming and laughing when they made contact with another kid. As the afternoon wore on Bill’s cousin joined the fun filling a pail with water and throwing it at the kids as they ran away. Other adults played alongside the kids too, hitting a birdie with plastic badminton rackets, passing a ball back and forth like a volleyball over an imaginary net. Watching the kids reminded me of a few lessons I’ve learned along the way:

Don’t dish it out if you can’t take it.

If there’s a pool, no matter how big or small, always bring dry clothes with you to a party.

Thank people for coming to your party with hugs, kisses and the sweetest smile.

Bill’s uncle Walter, his cousin’s dad and Saturday’s celebrants grandfather, will be 80 next month; his wife Pat, Bill’s aunt, and four kids threw him a surprise party today. Yesterday as we were all saying “goodbye” and “see you soon” everyone, except his uncle, knew we’d be seeing each other less than 24 hours later. When Walter and Pat arrived at the restaurant we all shouted “surprise,” the DJ leading us as we sang Happy Birthday. He made his way around the room of about 50 family and friends, thanking us all and telling us he was surprised. 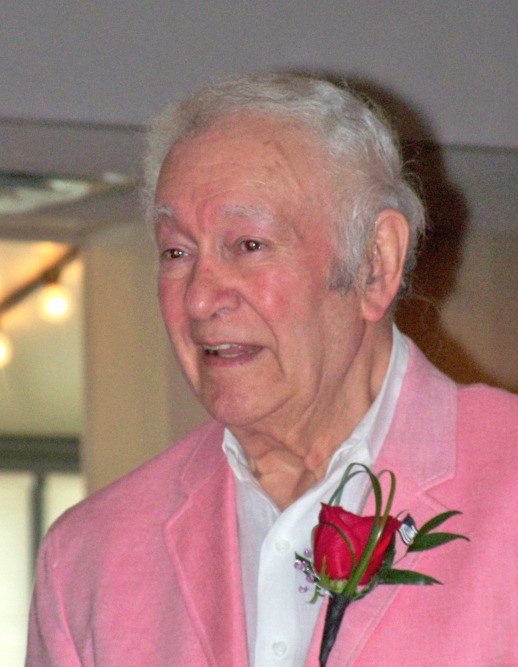 Bill’s cousin read a speech he’d written congratulating and thanking his dad for all he does for the family. As Walter John’s voice cracked with emotion, his ending words spoken through tears, I felt my own eyes fill up and I know I wasn’t alone. His sister, Rita, said a few words too and then it was music, food and fun. We caught up with Bill’s parents, sisters and their spouses, their cousins, aunts and uncles and made a fuss over the kids.

Being together with everyone reminds me how lucky we are to have friends and family. I don’t know any of  Walter’s friends but imagine some of them to be, like mine, life long ones.  I imagine, like us, they get together for dinners out and cookouts at home. We may not see family allot, it’s a plane ride to see my mom, but know they’re up the street, a few towns over, a phone call away.

Being together also reminded me of the saying, If you have your health you have everything. It sounds so trite but it’s so true. Bill’s parents, aunts and uncles, as well as mine, are relatively healthy and enjoying life. They have a few ailments and conditions that might limit their mobility but it doesn’t prevent them from attending a party and having a good time. Everyone has a sense of humor and enjoys each other’s company.

Whenever we see Bill’s cousins we promise to get together, never make it happen, then promise again when we see them at the next family function. This time was no different; when we were saying goodbye we promised to get together, acknowledged it may not happen, no hard feelings, everyone is busy and gets caught up in their own life, and went on our way.

one years old and the best bro 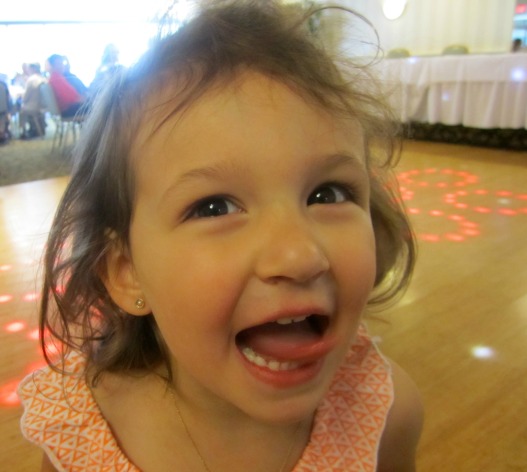 I didn’t get any photos of the kids at their party and only got a couple of them at their grandfather’s party; tough getting them to stop long enough to pose and I didn’t have the heart to interrupt them when they were having so much fun. I have a feeling they slept well last night and will have another good night’s sleep tonight.

It was a good two day’s celebrating baby’s first birthday, big sister’s third and their grandpa’s eightieth.  May they all have many more.