Here we are, Sunday

We rode our bikes along the shore taking our usual route which starts downtown and hugs the water for most of our ride. It was a perfect clear day, blue skies, puffy white clouds. The wind was at our back on the ride out so it was fast and, for the most part, flat. We had a head wind coming back making the pace (for me) a little slower, pedaling (for me) a little more of an effort. Going out we stopped in our usual spot, a park bench in Morningside to take in the view and some water; a woman walking by asked if we had seen the car. Not knowing the reference we told her we hadn’t. She continued walking, calling back that a woman had driven over the seawall further up the road. We spoke back and forth for a few more seconds as she hurried down the hill, said we hoped the woman was okay. 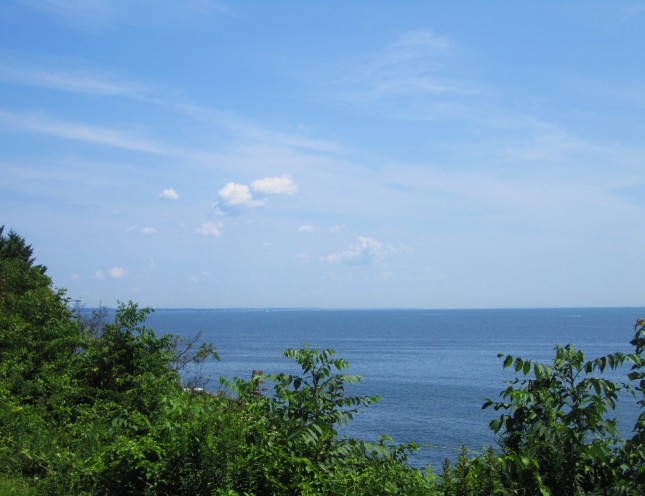 View of the Sound from Morningside 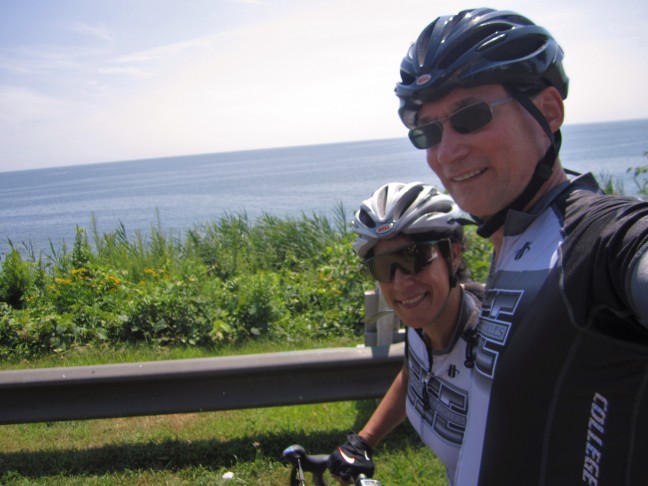 Selfie near our park bench

Riding down the hill and around the bend we came onto the scene. Police cars blocked both ends of a portion of the road, fire engines and emergency vehicles parked along the beach, policeman walked back and forth talking to each other. People were clustered together on the grass, some taking photos on their iPads and phones. We walked our bikes closer to the commotion, looked over the seawall and saw a silver car on its hood. I’m assuming the woman drove down the road toward the water, failed to turn left or right and plunged over the wall onto the rocks. I hope she was driving slow and wearing her seat belt; it’s about a thirty foot drop. I checked the news online when I got home but there wasn’t any other information beyond what we gathered at the scene, except that she was alert when they reached her. We continued our ride but I kept thinking about that woman. 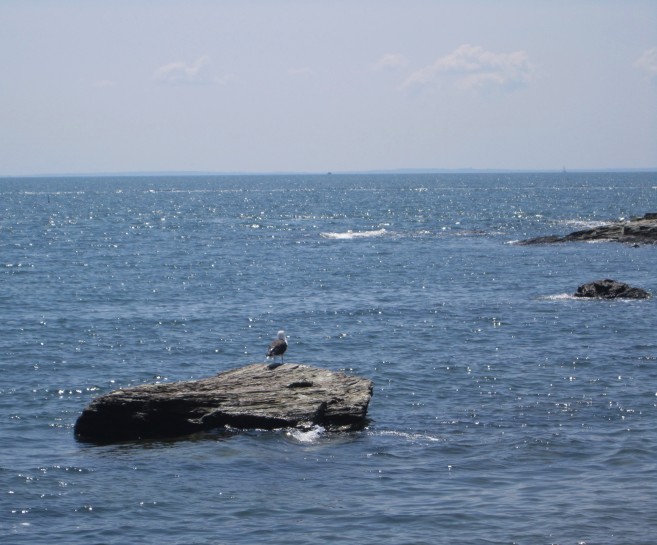 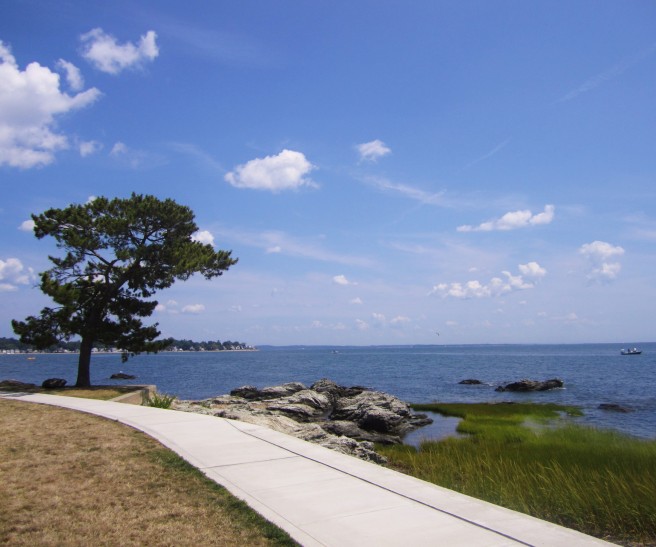 I notice certain things from riding the same route,  vanity plates on cars parked along the street and in driveways, a garden planted in someone’s front yard so close to the sidewalk that I was tempted to pick the squash hanging over the hedge on, what I imagine to be, public property. I wonder if the owners come out of their yard and around the front to pick cucumbers or if the neighbors help themselves.  The same houses have been for sale all summer, not one ‘sold’ sign among them. My favorite house on the route has a dense row of black-eyed susans in full bloom along the front lawn; they replaced the row of hedges that Superstorm Sandy killed two years ago. 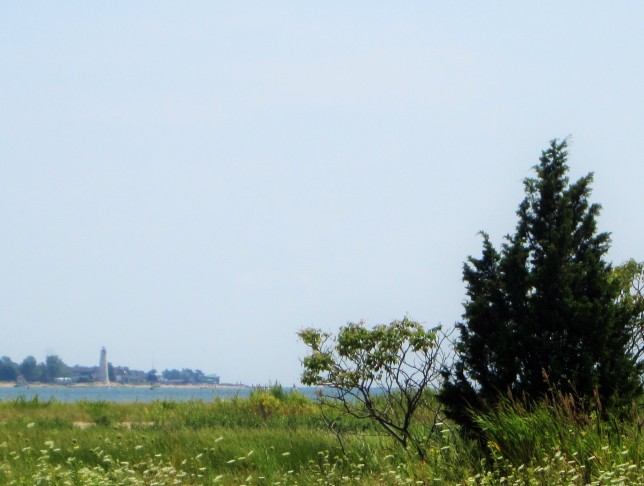 Near the rock in West Haven

There’s a large rock at the point where we turn around. Our old running group used to follow some of this same route, lining up to touch the rock at the turnaround. It’s now overgrown with shrubs and high grass but we laid our bikes down, walked into the brush and touched the rock. Call me superstitious. We rode back the way we had come and headed out in the other direction to the Audubon Center passing more sunbathers, dog walkers, mopeds, cyclists. 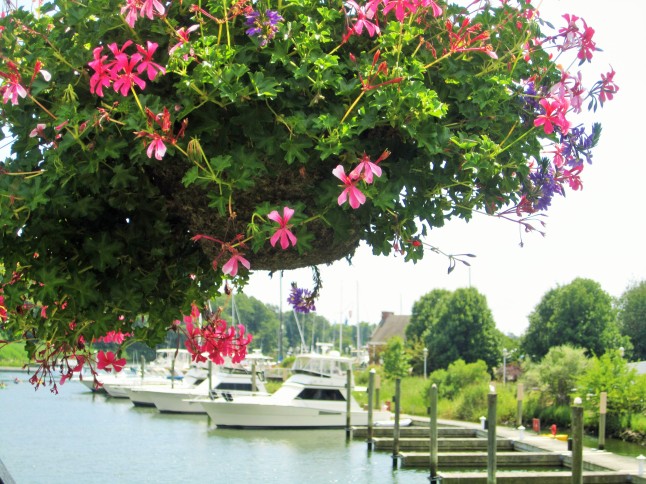 Another view from the bridge

Before I met Bill I didn’t spend time in my hometown. I moved, albeit not very far, in 1981 and didn’t have much reason to go back. I still see my friends from those days but they’ve moved too; we usually meet on their new home turf or mine. Like all of us (I think) I have some painful memories of childhood – divorced parents, struggling single mom, being Hispanic/Filipina and not feeling like I fit in, all the real and, mostly imagined, crises that come with growing up compounded by my extreme insecurities. But, at fifty-one walking around the green, riding along the shore, going to a concert or two in the summer and catching up with people I don’t see very often, having learned a thing or two about myself I can look around me with appreciation for a pretty coastal town with allot to do in the summer.