Probably the only time I’m not talking

Bill had some renovations done in his kitchen, dining room and bathrooms earlier in the year. His living room, untouched during that time, was on my radar. We’re hosting his neighborhood association Holiday party on Sunday and thought it was time to give that room a little face lift. Actually, I was itching to get out the tarp and paint cans, Bill went on record saying he didn’t think we’d get it done in time. Over the last several weeks we’ve been slowly prepping, sanding and painting the fireplace, paneled wainscoting and window frames.

I didn’t think to take a picture of the entire fireplace before. 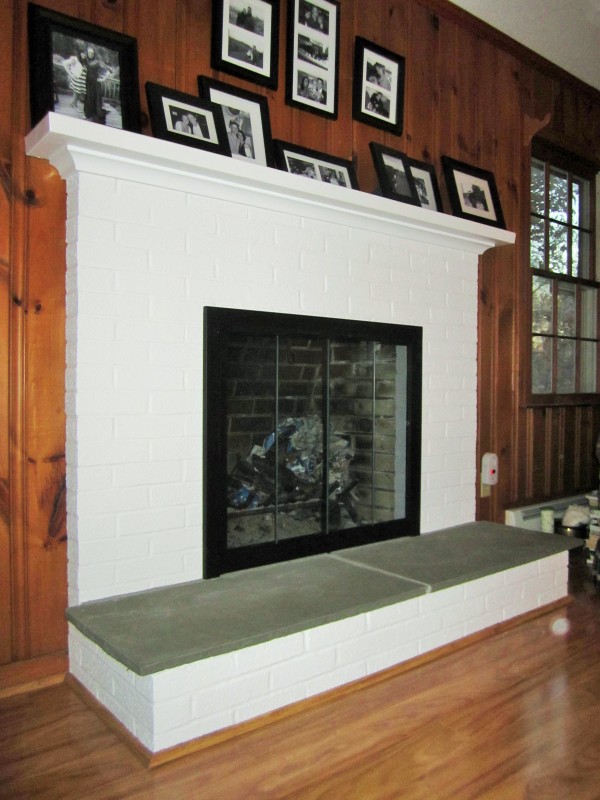 We painted the brick a flat white, the mantle gloss white. Swapped out the grate from brass to black.

Bill and I worked well together. He did most of the sanding, I hit everything with the vacuum and dust rag. Bill taped around the fireplace, I taped around the windows; we both taped the walls. When we were ready to paint I framed out the fireplace with a smaller brush, Bill filled it in with a roller. I made my way around the room painting the top ledge and baseboard, Bill followed, using a wide brush to cover the walls. I applied two coats of paint to the windows, Bill did the third. 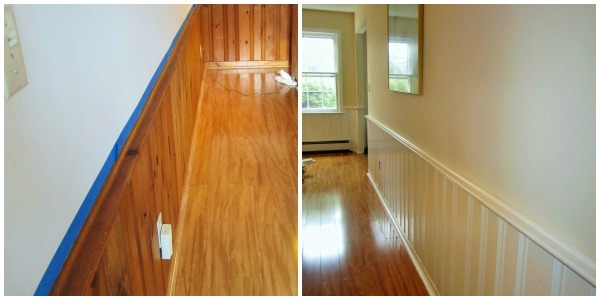 I like to talk. I’ll talk about inconsequential things that won’t change anyone’s life and could go unsaid, what I had for lunch, what I saw at the gym, what I read on Huff Post. I’ll also talk about life and death and current events that could be life changing, it can get a little intense. When Bill and I worked those hours, side by side, we barely spoke. Sometimes we played music but mostly we didn’t. It was quiet and comfortable, I didn’t need to fill our space with noise. We worked steadily, silently, the minutes rolling into hours. 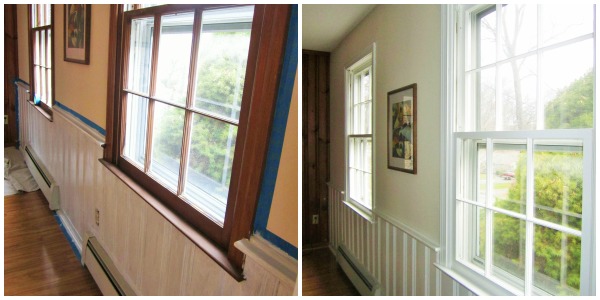 We had already primed the walls in the before picture

We finished the bulk of the job on Sunday and started putting the room back together and decorating for Christmas. My sister helped Bill pick out a new rug and we rearranged the furniture. When I left last night Bill was still cleaning up but we met our deadline with time to spare. I wanted to paint the rest of the room but my painting buddy thought we should wait. We’ll have to plan another party in the New Year as motivation.