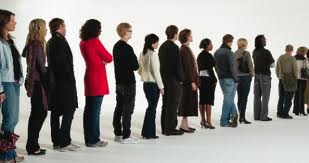 My membership to the YMCA allows me to use any of their facilities in the state. Not wanting to recreate the slippery, icy run from last Sunday I drove around the corner, up the street from Bill’s, to the Y in his town; this would be my first visit, my first time running on a treadmill in over a year. The mile drive took me past a bunch of runners on both sides of the road, something I never see when running in his neighborhood. I thought about joining them, obviously some kind of organized run, but knew my 3/4 length yoga pants and hat-less head wouldn’t keep me warm; I turned into the parking lot and headed into the gym.

The workout room was new, clean, small, the five treadmills were all in use. I circled them, tried to eye each display, figure out how much time everyone had left. One man was walking so slow that I thought he could get a better work out if he walked laps around the perimeter of the gym. He talked to the guy next to him, played slots on his tablet. The speed on his treadmill was 1 but I couldn’t make out the time. I was happy that he was exercising but wished he would finish so I could get my turn.

While I waited for a treadmill to open up I used an elliptical at the other end of the row. I kept craning my neck, past a man on the elliptical next to me, to see if anyone was wrapping up their walks or runs. I’d look down the length of the cardio deck to the treadmills, he’d look at me; I took notice but didn’t register a possible reason.

Five or ten minutes later the young, blond woman who’d been running on the treadmill at the far end of our row finished her workout and hopped off the machine. I immediately made my way over to the treadmill and started my run. A few minutes later another woman finished her walk. As she cleaned off the handles and display with a paper towel she called out “Jeff?” She looked at the man on the elliptical and said “are you Jeff?”

He was. He replaced the woman who called out his name on the treadmill and started running. It happened again shortly after that, someone called out a name when their treadmill workout was finished. Then it hit me. I accidentally did cutsies. That’s why Jeff kept looking at me on the elliptical. He was next in line and I cut right in front of him. I made a mental note to walk out the same door I walked in when I arrived to see if there was a sign up sheet I missed. By the time I finished my run and wiped down the machine I forgot all about my plan; I headed toward the door closest to me, which was at the opposite end of the room, took a quick walk by the pool and out to the parking lot. So, I never saw a list, was never told it wasn’t my turn but I’m think I cut the line. My innocent action made me think of the times I’ve been annoyed when someone’s done cutsies at a coffee shop or department store. I assume they know what they’re doing, assume they don’t care, assume they don’t want to wait. I never say anything but silently fume or try to get another customer’s attention to point out the bad behavior. I thought my lesson this morning was patience; patience for the older man walking slowly on the treadmill. But another lesson I needed to learn, again, was not to assume a person’s actions are always intentional. If I can accidentally cut a line, so can someone else.