I awoke Tuesday morning, later than usual; no cell phone alarm set to jostle me out of a dreamy sleep at the crack of dawn. I knew our office would be closed for the day due to the impending snowstorm. Once out of bed I looked out the window. The lawn, sidewalk, road was a flat landscape of white; the plows hadn’t been through yet, the snowblowers hadn’t been dragged from garages either. It was a sparkling blanket and snow was still landing on it.

Early afternoon my neighbors and I started emerging from our houses. The plow came down our street clearing a wide path, creating a small mountain of snow in front on my driveway. With shovel in hand I started the digging out process; the snow was light, powdery, easy to move off the walkway. It took two or three swoops with the shovel each time to reach the black top two feet under the snow at the end of my drive but even that was somewhat effortless; I was done in record time.

My neighbor, Christine, who had delegated the task of snow removal to her son walked over to admire my handiwork. On a whim, I asked her if she wanted to snow shoe on the linear trail; we’re lucky, we can pick up The Farmington Canal at the end of our street, 1/2 mile away. I’ve lived in my house seventeen years; Christine and her family were here when I moved in. We’re friendly, chat about plants and shrubs from our backyard gardens, swap tomatoes and cucumbers for eggplants and peppers, but have never done anything together socially. I could tell she was thinking about it, trying to decide. She looked at me, looked at the sky, looked back at me. 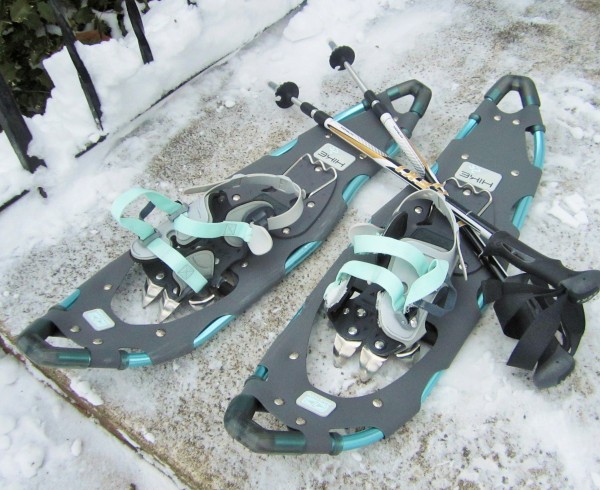 I met Christine in front of my house; we slipped our boots into our shoes and walked toward the trail alternating between sidewalk and street, depending on which surface the snow covered.

We talked about ourselves, got to know each other a little better. I wasn’t aware of a medical condition her husband has, her upcoming retirement. I filled her in on our trip to South Africa later this year, talked a bit about my job. She raised her children on our street, walks her dog everyday, knows a lot more of our neighbors, and their business, than I.  She told me the guy on the corner recently lost his job and may lose his house. She knows the family of the guy on the next block who went to jail for drugs. I knew Patty, across the street, had passed away but didn’t know of what and didn’t know she had collapsed and died in her back yard. She knows most of the people who have lived on the street for years by name; I know the newer families who have moved in around us better. Together we’ve got the street covered.

When we reached the canal entrance we were first to cut a path. We hiked up a short incline, turned left and started our snow shoeing in earnest. We came across a set of footprints. We came across a cross-country skier who asked us to stay away from her markings. Once she skied off we were alone with just the stinging wind. 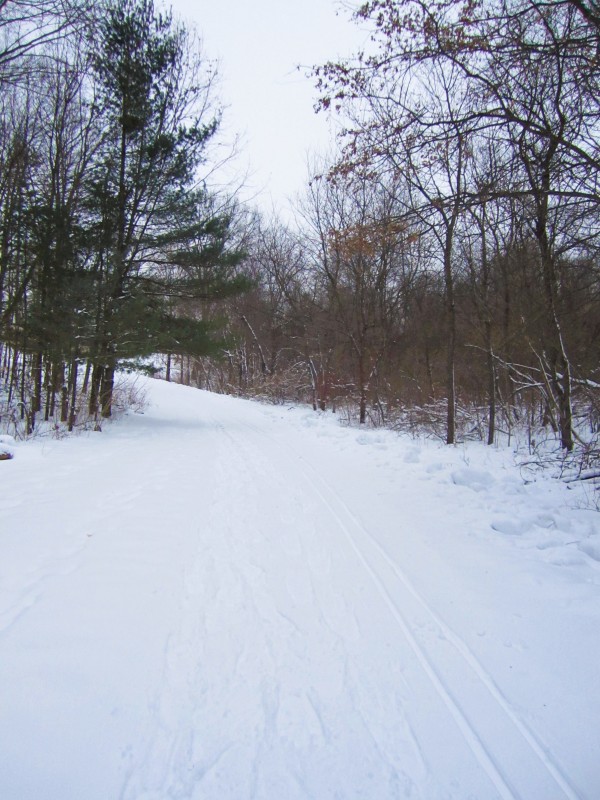 Stay off the ski tracks to the right, please

“Tell me when you want to turn around,” I said to Christine. “Because I’ll walk forever.” She laughed, said she wanted to turn when we got to the top of the upcoming hill. We talked and we were quiet but it wasn’t awkward; it was peaceful, I think we both wanted to breathe it in. We reached the top and turned to head home, careful to avoid the ski tracks.

It was relatively easy to cut a trail in the untouched snow, to just push through, forge on. I’ve been able to move forward with giant steps in certain areas in my life but have been stuck in others. I started this blog as a way of seeing how I can get unstuck in those areas, how I can push through. Do I need the equivalent of snow shoes to make the journey easier? I feel like it’s happening, I’m on the path and I’m moving forward slowly, but I don’t see the top of the hill yet.

When we got home Christine thanked me for asking her to join me, I thanked her for coming along. The next day, Wednesday, I was leaving my house in the early evening to go out as she was coming home from work. We said hello, as usual, but I thought there was a little more enthusiasm in both of our voices. 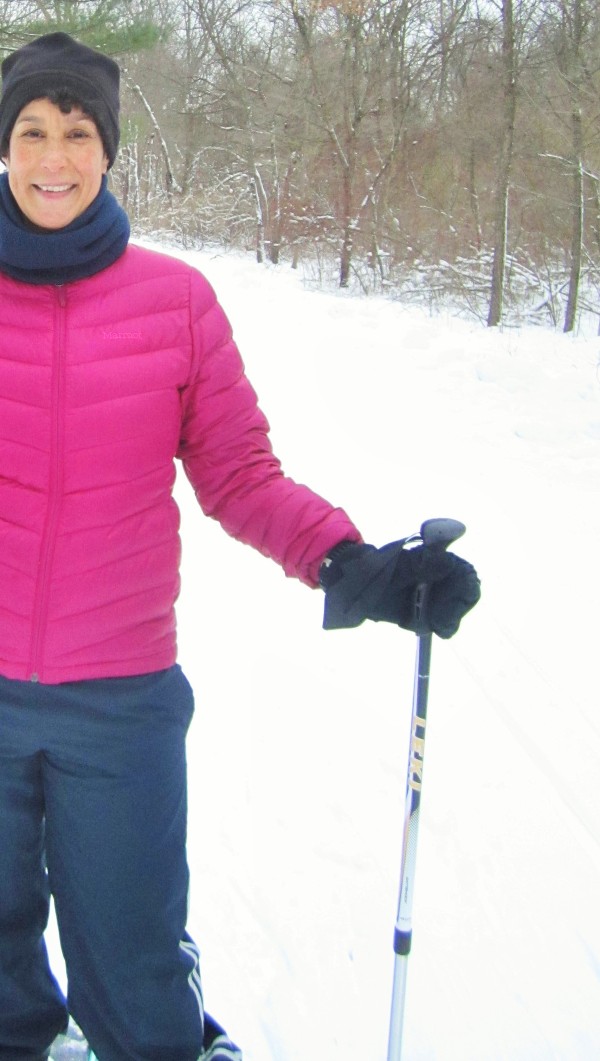