Keeping busy and running into runners

It’s been a busy few weeks. There’s been a birthday party, first communion celebration, memorial service, dinner with friends I’ve known for years and with people I’ve just met, a trip into the city to see Casey play in an opera and, of course, yard work. I texted my sister last night with a garden update. I’ve planted swiss chard, spinach, and four varieties of lettuce to which she replied “when?” 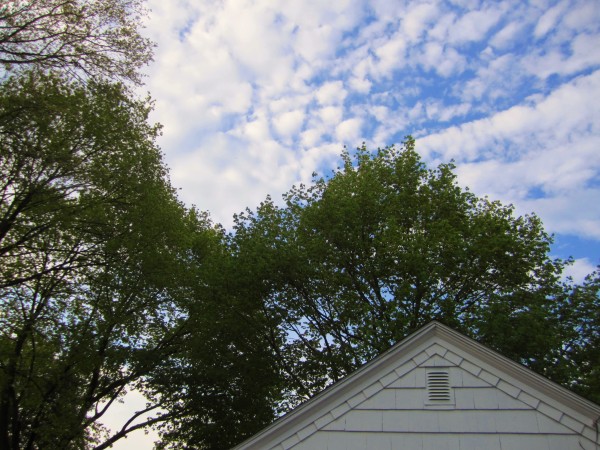 Taking a break from my shovel one night after work last week.

Flowering Plum tree. I missed taking a photo of it at its peak when it was covered in pink flowers.

Bill bought a new camera for our upcoming South African Safari. We’ve both been playing around with it, taking the same photo with different settings, but we haven’t mastered loading the photos onto my laptop yet. Time, we just need time and we’ll figure it out. In the meantime I’m still taking photos with my trusty camera.

On Sunday, we took an early morning walk along the beach. The fog hung over the water making it impossible to see anything past the shoreline. As we walked along the road a woman came toward us, from a side street, with a cup of coffee and morning paper. She said good morning, commented on the fog and took a seat on a bench facing the water.

The beach is private property, each owner allowed to mark his territory in any way he wishes. There are “No Trespassing” signs on some of the small strips of land, fences on others, all with the intent of keeping us out. There are also a few gardens making for a much prettier view. 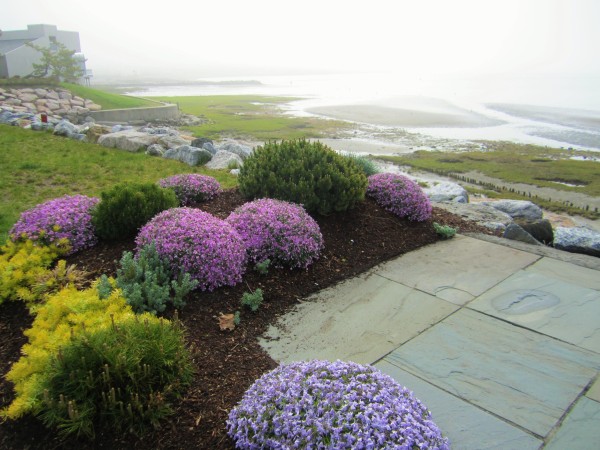 As we got to a bend in the road we watched two men setting a table up with cups of water. To my delight we were on the course of a Mother’s Day 5K road race and the runners were expected any minute at the turn. We walked up to the next corner and waited; within minutes the first place man was heading our way followed closely by a couple of other men trying to catch him. The first place woman soon followed. And then the masses came, the mid pack runners, my people. We clapped and cheered them on, called out an occasional “great job.” I had fun watching the runners, couldn’t help but wonder where in the pack I would have settled, but the thought was fleeting.

We continued on our way to the beach, walked to the end of the boardwalk, turned around and retraced our steps back to the parked car. We greeted people walking dogs, pushing baby carriages, holding hands with each other. Kids ran ahead of their parents or played in the sand. When we reached the bend in the road the table was gone, not a stray cup anywhere. We got back to the car, drove to Bill’s house and got ready for our afternoon in NYC. 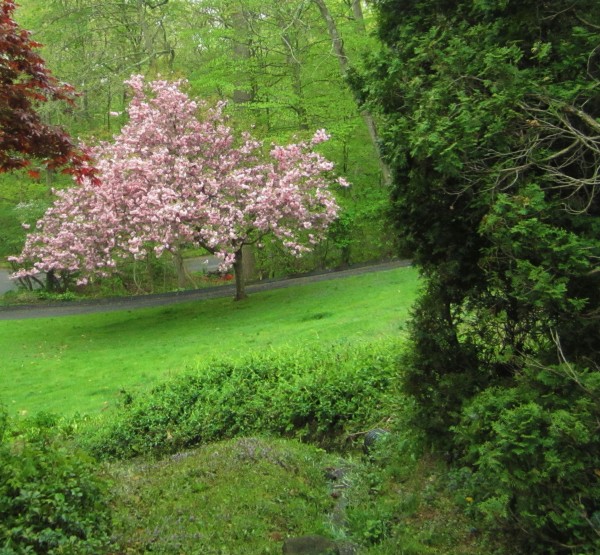